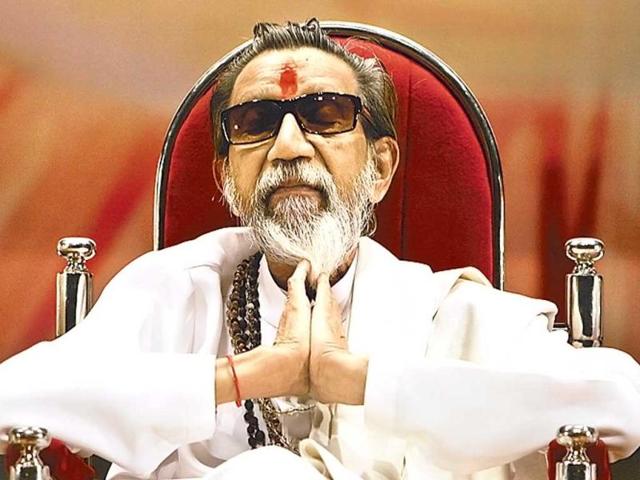 In death, people have ceased to be objective about late Shiv Sena chief Bal Thackeray.

The life-size effigies strung up on lamp-posts were terrifying – at least to a child. In the late sixties/early seventies, they symbolised the South Indians who the Shiv Sena was determined to drive out of Bombay, as the city was then called. It was a sight designed to intimidate.

Forty-odd years later, intimidation remains the party’s chief weapon. Over the years, the ‘enemy’ has changed, from South Indians to Muslims to Biharis, but the tactics remain the same.

With the ashes of their party supremo, Bal Thackeray yet to be immersed in the Godavari, it was business as usual: strike against those who oppose the party, even if that opposition comes from a 21-year-old girl. Shaheen Dhada’s Facebook post questioning why the city had shut down to mark the death of a politician prompted Bhushan Sankhe, the Palghar head of the Shiv Sena, to file a complaint on the absurd charge of ‘hurting religious sentiment’. The police, responding with rare alacrity, arrested Dhada as well as a friend who had ‘liked’ her post.

The arrest was the one sour, though not out-of-place, moment in an otherwise grand send-off to a man who had dominated the city’s politics for over four decades. Few could explain the presence of 20 lakh people, including film stars and industrialists with obsequious tributes, who turned up to bid farewell at Shivaji Park. Few could explain the contradiction of how a man whose politics was founded on fear could have summoned such crowds in death.

You had to grow up in Mumbai to understand the success of Thackeray’s politics. I grew up in posh South Bombay where the only Maharashtrians I came in contact with were, I regret to say, those who worked at home. My locality was dominated by Gujarati Jains and you couldn’t even buy an egg at my local bania shop. The only Marathi I spoke were the ditties learned in compulsory lessons at school. Worse, I was not alone. Thousands of South Bombay ‘outsiders’ grew up with absolutely no understanding of the ethos, language or culture of the state they had made their home. It took my marriage to a Marathi manoos to discover a city that I didn’t know existed.

Thackeray understood and exploited this sense of exclusion: If Maharashtrians were unemployed it was because ‘outsiders’ were taking their jobs. The fact that Gujarati and Parsi entrepreneurship and philanthropy had also contributed to the building of Mumbai seemed to elude him. His appeal, if you can call it that, was emotional not logical. His rhetoric was abuse, not reason. Muslims were ‘landyas’, women journalists were ‘high-class call-girls’.

He was outrageous and it was this playing to the gallery, coupled with strong-arm politics that made him seemingly irresistible. Nobody actually asked him what it was that he had done for the Maharashtrian cause besides effecting cosmetic re-namings and an insistence on Marathi signage in shops.

In death as in life. On TV channels, commentators spoke as if India’s foremost statesman had passed away. Some spoke of the ‘phenomenon’, others of the ‘passing of an era’. There seemed to be no embarrassment of the contradiction that those who can’t forgive Narendra Modi for 2002 have forgotten and forgiven both the Shiv Sena in 1992-93 and the Congress in 1984.

In India, we do not customarily speak ill of the dead, which perhaps is why there was no mention of the Srikrishna Commission report of the Mumbai riots of 1992-93 that had concluded that the Shiv Sena and its boss had taken the ‘lead in organising attacks on Muslims and their properties’.

There was no mention of Thackeray’s ‘arrest’ in 2000 only to have a magistrate rule that the case was time-barred and he could go home free. There was no mention of the fact that Thackeray had been disfranchised by the Supreme Court for six years for promoting enmity during an election campaign. Perhaps these were inconvenient truths that went against the sheer spectacle of 20 lakh people gathered in Shivaji Park.

Somewhere Bal Thackeray has had the last laugh.