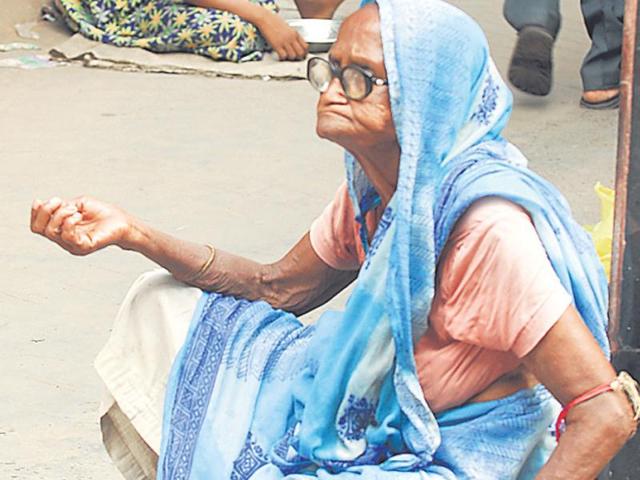 A State can make it mandatory to look after the elderly. But what about emotional care?

In the sepia-tinted narrative, the parents grow old, earn their place of respect and have hordes of dutiful, loving children and grandchildren worship at their feet. The Grand Indian Family is alive, well and happy. The golden years are 24 carat gilt-edged.

Contemporary reality is uglier. A grey generation is less valued for its wisdom and experience. Our obsession with youth – count the number of anti-ageing cosmetic creams – continues. A new brash India has little time or patience, especially for the elderly. And with stretched resources and even scarcer time, we are increasingly vocal about our resentment for caring for parents at a time when we as caregivers have begun feeling the twinges of our mortality.

The findings of a survey conducted by HelpAge India in which nearly one in four elderly people report abuse at home shouldn’t come as a surprise. A worrying 39% also report physical abuse. Worse, continues the report, nearly 70% simply don’t report abuse (neglect, disrespect, economic exploitation and verbal abuse) out of fear of retaliation or maintaining family confidentiality. And the abuse isn’t happening in some remote hinterland. It’s happening in metros from Hyderabad to Chennai. It’s happening in Tier 2 cities with Madurai and Kanpur reporting the highest levels of abuse. And it’s happening by sons and daughters-in-law, though daughters in 17% cases are the perpetrators too.

In the absence of institutionalised infrastructure, as many as 80% of the elderly surveyed in the report Elderly Abuse in India 2013 live with their families. With an inordinate focus on India’s ‘demographic dividend’ – 41% of our population, according to the 2001 Census, is below the age of 34 – and the employment, training and aspirational needs of a pushy, me-first generation, there simply hasn’t been as much attention on India’s greying population.

Yet, according to government data, it is going to get increasingly hard to ignore India’s population of people aged between 60 and 80, predicted to increase by 326% between 2000 and 2050 (those over 80 years by 700%). Life expectancy has increased from just 32 years at the time of Independence to 67 years in 2001. Meanwhile, the joint family system is breaking up as younger people migrate in search of jobs or just prefer to live independently. More and more women, still the primary caregivers though this is slowly changing, are working with less and less support at home to look after ageing parents and young children. Families are smaller and there are fewer children to pick up the slack and share parent-care duties amongst each other.

What does a rapidly ageing population mean? It means increased spending on health and welfare. It means specialised geriatric healthcare which as of now is taught in only a handful of medical colleges. It means a policy that recognises and respects the elderly as useful, productive citizens not cast-offs dependent on the state and their families. Sadly, the Economist recently placed India last among 40 nations, behind even Uganda, for end-of-life care services, including access to drugs and caregivers.

Social inclusion, dignity and companionship top the list of what older people need says Kabir Chadha, founder-CEO of Epoch Elder Care that provides precisely these services to families: coffee out, a trip to the movies, assistance in skyping grandkids.

China has this past week made it mandatory by law for children to visit their ageing parents. In India, the maintenance and welfare of parents and senior citizens has been a law since 2007. But the care of parents goes beyond laws and policies. You can make it compulsory to feed, clothe or house the elderly. How do you make it compulsory to care for them? How do you ensure that dignity is not compromised and self-worth is protected? Even the language we use is negative: ‘drain on resources’, ‘twilight years’ etc.

The real challenge, even for ‘good’ kids who don’t abuse parents, is to make sure they continue to be valued and relevant. Not a burden but a signpost we are all going to inevitably face.