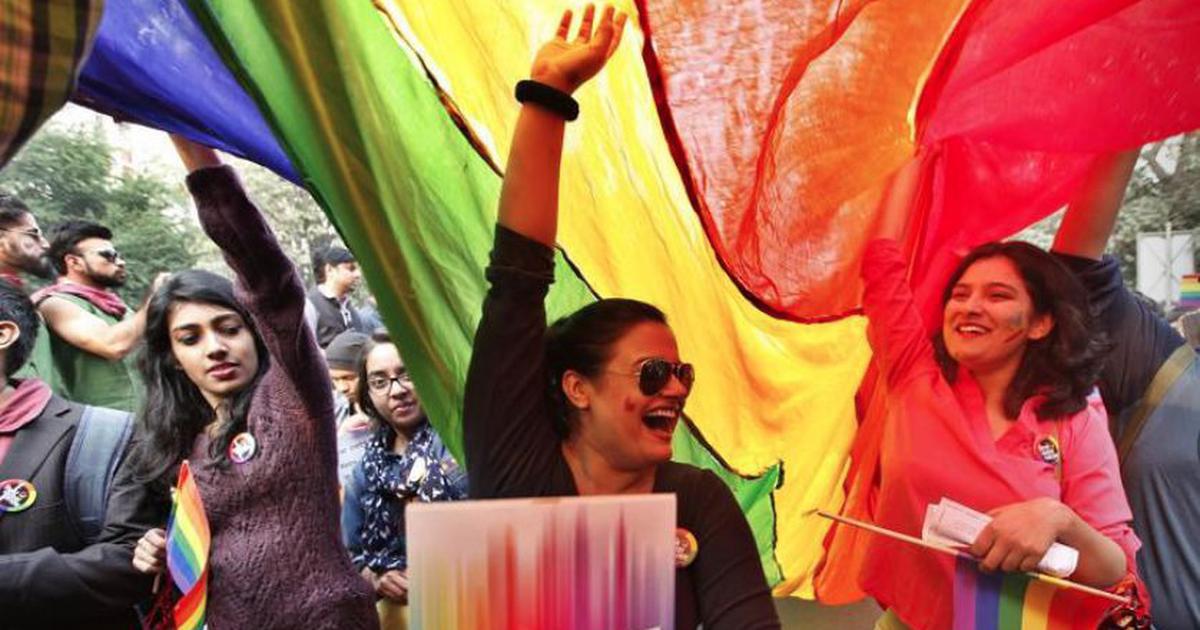 In Scroll.in, I argue that the judgment on the just-concluded arguments for and against section 377, the section that criminalises sex ‘against the order of nature’, must go beyond mere decriminalisation. It must ensure freedom,  choice and rights for every citizen — more so at a time when the plurality of India is sought to be reduced to a monolithic identity of one nation and one predominant religion.

I had not planned it but during a visit to London I found myself bang in the middle of a pride parade on July 7.

As a swirl of 30,000 people, including ambulance and fire services and scores of companies, marched for gay pride, it was hard not to be moved by or caught up in the moment. Police officers in uniform kept vigil, some with the colours of the rainbow painted on their faces. An estimated one million people, according to the BBC, lined the streets to cheer them on, united by one belief: the right to love, to just be who you are.

How many years would it take, I wondered, for such a spectacular turnout in India?

Back home, the hearing by five Supreme Court judges on an archaic law that criminalises sex “against the order of nature”, which concluded on Tuesday, seems headed for an inevitable outcome – the garbage bin.

While the judgement is awaited, the judges have been fairly unequivocal about the way they are thinking. Homosexuality is not an aberration but a variation, said Justice Indu Malhotra, the lone woman judge hearing the case. Her colleague on the five-judge bench, Justice DY Chandrachud, observed, “Our focus is not only on the sexual act but the relationship between two consenting adults and the manifestation of their rights.” And it was, perhaps, Justice Rohinton Nariman who batted most vigorously for fundamental rights, the whole purpose of which, he said, is to give the courts the power to “strike down laws which a majoritarian government, swung by votes, will not repeal… If a law is unconstitutional, it is the duty of the court to strike it down”.

The government’s counsel has made it clear that the constitutional validity of the law, Section 377 of the Indian Penal Code, is to be left to the “wisdom of the judges”. In other words, the government will not oppose the scrapping of the section (that’s the good news) but would rather not stick its neck out and possibly annoy a conservative vote bank (that’s the bad).

A question of constitutional morality

The arguments in the Supreme Court demonstrate we are long past quibbling over what is or is not the order of nature, well past the biological examination of various bodily orifices and what they are meant for, long past debating whether homosexuality is an aberration or something inherent.

Only one thing remains and it is morality – rather constitutional morality – or to borrow from counsel Menaka Guruswamy’s emotional question in court: “How strongly must you love to know you are unconvicted felons… This is not about a sexual act. This is love that must be constitutionally recognised.”

Without alluding to this case and speaking in an entirely different context at the third Ramnath Goenka memorial lecture on July 12, Supreme Court judge Justice Ranjan Gogoi spoke of the transformative power of the Constitution and the nature of justice. Justice, he said, “is something that is an overarching principle, an underlying fundamental, the spirit, an order so to say”. Justice is not a “stand alone precept” but an amalgamation of ideals like democracy, liberty and equality, he said. He went on to add, “Their undying endeavour is to establish one discipline – of overall justice, of an inclusive society.”

It is this spirit of justice that we saw when the Supreme Court asserted the rights of minority women against triple talaq in August and the rights of a young woman in Kerala to convert, love and marry a man of her choosingin March.

The Supreme Court is at that historical junction when each of the five judges must now ask: what is my legacy and how do I wish to be remembered? As one who struck down an obnoxious legal provision or as one who went a step further towards affirming and reiterating the rights of citizens of this country? As one who did the proper legal thing, or as one who also weighed in on the larger issue of morality and inclusion?

It is too early to say how far the Supreme Court will go in articulating the rights of the LGBTQ community. But it is, nevertheless, a crucial question at a time when the plurality of India is sought to be reduced to a monolithic identity of one nation and one predominant religion.

It becomes critical at a time when government – regardless of which party is in power – will not take a stand for fear of offending its political constituency. And when governments do not take a moral stand, it becomes incumbent upon the courts to intercede and protect the rights of citizens.

The government hopes a mere reading down of Section 377 will be enough – anything more might lead to larger questions, including those of marriage, adoption and inheritance. Additional Solicitor General Tushar Mehta, speaking for the government, told the court, in as many words, of his “worry” that decriminalising homosexuality will become a gateway for demanding other fundamental rights.

This should actually be the hope: scrap this provision and ensure that marriage, adoption and inheritance are not privileges conferred on select citizens; that fundamental rights, including the freedom to choose a partner, to love, are not denied to even one citizen of this country.

Eventually, we can only hope the judgement will be the first step in a longer, far more difficult journey of battling social stigma and bias. Historic and embedded discrimination does not after all dissolve with the pronouncement of words. The real battle will begin after the judgement – assuming that it will scrap the section. The real battle is about acceptance in jobs, in housing societies, in malls and marketplaces, in family gatherings. It will be a long haul and a difficult journey, but take it we must.

Meanwhile, as we await the judgement, understand that at the heart of this case are diversity and inclusion. At its soul is the direction India will take for generations to come.

See the article in Scroll