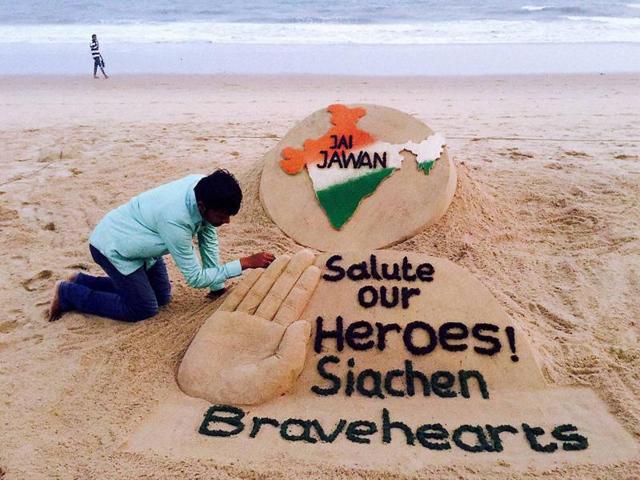 The Hanumanthappa story plays out at a time when few ideas unite us as a nation. It reminded us of our better selves, of how some things are worth fighting for and how some things must remain inviolate. We have lost a soldier up on the glacier, but also perhaps who we once were as a nation, united in optimism and idealism.

For a brief moment this week, a natural disaster on the world’s highest battleground achieved the seemingly impossible: It united an otherwise fractious country.

Five days after an avalanche buried an army post at 19,600 feet at the Siachen Glacier, Lance Naik Hanumanthappa Koppad clung to life and taught us the meaning of grit. When they found him, saved by an air-pocket, he was drowsy, disoriented, dehydrated — but conscious.

For another three days he held on to life. The bodies of nine of his colleagues were left up at the glacier where the weather has, as yet, thwarted human effort to bring them home.

An unknown number of ordinary Indians prayed, in schools, in temples, at homes. A housewife from Lakhimpur Kheri offered her kidney. A retired CRPF jawan said he was willing to donate any organ. END_OF_DOCUMENT_TOKEN_TO_BE_REPLACED 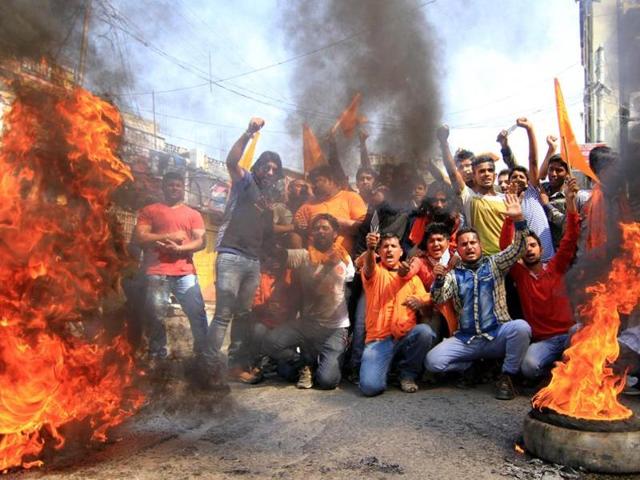 Across the country from Dadri to Faridabad, Moodbidri to Udhampur, there’s a deep sense of unease at events spiralling out of control. Writers feel it, sociologists believe it and the president is concerned enough to have to publicly address it repeatedly in the course of a month.

Across the country from Dadri to Faridabad, Moodbidri to Udhampur, there’s a deep sense of unease at events spiralling out of control. Writers feel it, sociologists believe it and the president is concerned enough to have to publicly address it repeatedly in the course of a month.

The BJP would have you believe that the anxiety is ‘manufactured’, that crimes in the states are a law and order problem for which it can’t be responsible, and that breaking the rules is even embedded in the genetic DNA of North Indians, to paraphrase minister of state for home Kiren Rijiju.

Perhaps we’ve come to expect no better from our political class. We are barely surprised when senior ministers insist that Muslims abstain from eating beef in India. We don’t question the silence from opposition parties, including the Congress, that refuse to state unequivocally that citizens have a fundamental right to life, and this must include the diet they choose. END_OF_DOCUMENT_TOKEN_TO_BE_REPLACED 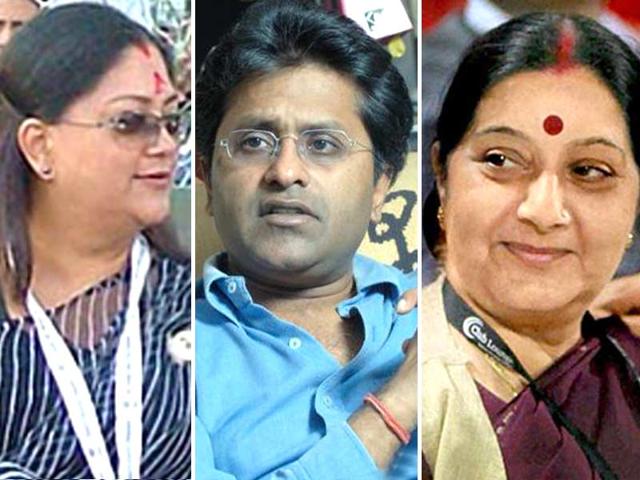 As a bonafide member of Delhi’s power elite, Lalit Modi knows too many secrets. Is he trying to cut friends-turned-adversaries down to size? Who will he implicate next? Can Sharad Pawar, Praful Patel, Shashi Tharoor and Rajeev Shukla be safe? What is the security threat that Modi goes on and on about?

At some point in the course of his interview with Rajdeep Sardesai, I had to press ‘pause’ just to take my pulse. Could it be true? Was I actually nodding in agreement with Lalit Modi? Perhaps it was his sibilant lisp. But my pulse was steady and as I pressed ‘play’ again, I had to ask, how does a fugitive from the law become a self-righteous victim?

If you saw that interview you would have heard Modi declare that he was not about to roll-over quietly. Former Jammu and Kashmir chief minister Omar Abdullah tweeted: “How many people is he going to throw under the bus here?”

Modi’s revelations have already laid claim to one cabinet minister, fighting charges of impropriety, and a chief minister, fighting far graver charges. Suddenly, the party with a difference has started looking dangerously like the scam-tainted Congress, voted out of power just a year ago.

END_OF_DOCUMENT_TOKEN_TO_BE_REPLACED 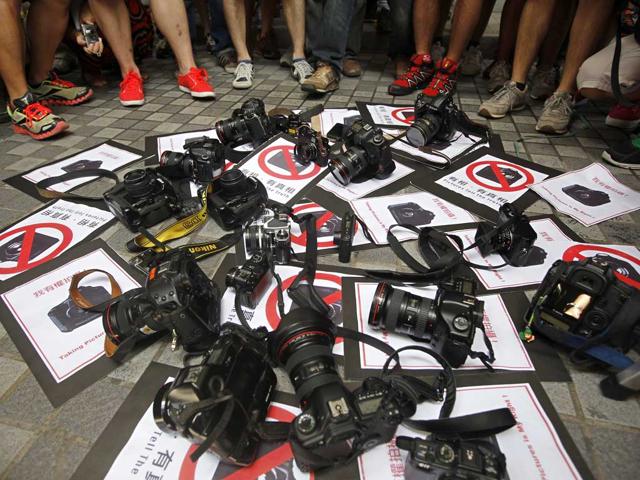 As social media emerges as a source of legitimate news and as Indian corporates muscle their way into media ownership, public trust in the fourth estate is only dwindling further.

Shortly after taking over as Press Council chairman in 2011, Justice Markandey Katju made his views about journalists clear. Sensational, superstitious, anti-people and so on.

Katju is no longer Press Council chairman but his views have only gained traction. Prime Minister Narendra Modi declared that some sections of media are ‘bazaaru’ (for sale) and others like former army chief-turned-junior minister have used more inventive nouns — presstitutes, for instance, when he felt the media had not sung his praises loudly enough.

It’s not just the BJP. Displaying remarkable felicity with Mumbai underworld slang, AAP founder and Delhi chief minister Arvind Kejriwal believes media has accepted a ‘supari’ (contract) for finishing off his party. And lest we forget, it was Rahul Gandhi aide Meenakshi Natarajan who tried to introduce a Bill back in 2012 that would ban coverage of incidents that ‘may pose a threat to national security’, only to withdraw it post-outrage. END_OF_DOCUMENT_TOKEN_TO_BE_REPLACED 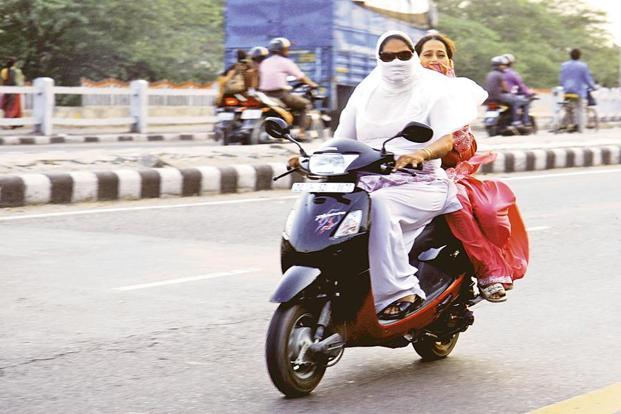 Few other budgets in recent memory have been quite as sweeping in terms of its reference to women and gender.

The comparison was inevitable: Rs.200 crore for a statue of Sardar Patel, but only Rs.100 crore for the girl child through a Beti Bachao, Beti Padhao awareness campaign, which will include courses on gender mainstreaming in school curricula.

“I suppose for BJP neither beti nor murti has a voice.”Yet, despite the carping, few other budgets in recent memory have been quite as sweeping in terms of its reference to women and gender. END_OF_DOCUMENT_TOKEN_TO_BE_REPLACED 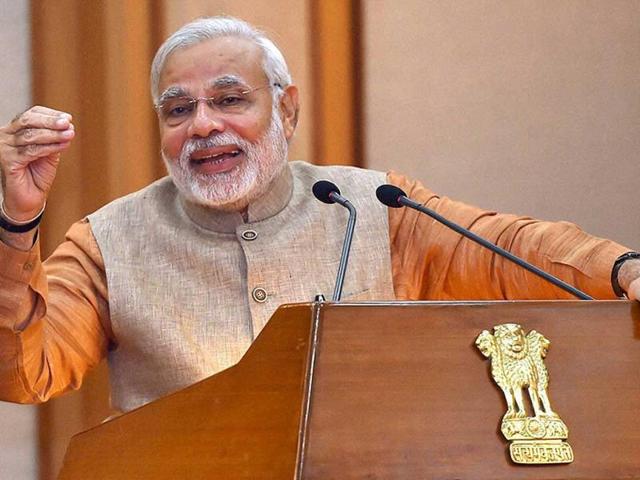 We need to stop apologising and start acknowledging that English is now our language, adding to a rich profusion of the languages we already own.

Narendra Modi’s address in English at the recent PSLV launch at Sriharikota has, predictably, led to some raised eyebrows. A political decision, say some. He wanted to show the world he is comfortable with English despite his government’s promotion of Hindi, say others.

Both views miss the point. And it is this: Hindi is great, but is English really a foreign language any longer? And can the two co-exist, like chowmein-stuffed samosas or biryani-filled pizza?

END_OF_DOCUMENT_TOKEN_TO_BE_REPLACED 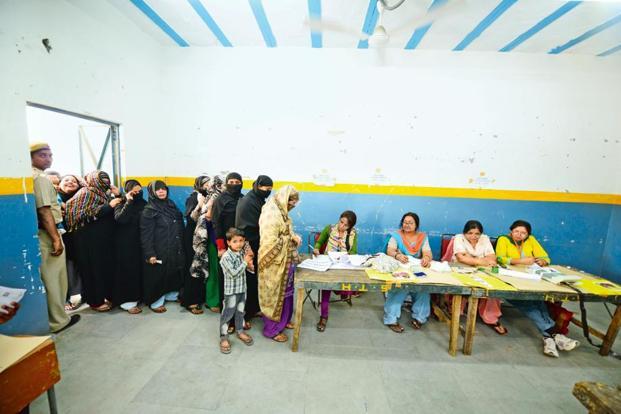 Chanted as a mantra by nearly all parties, but always preceded by other priorities, the issue has so far failed to translate into political reality.

India’s new Prime Minister Narendra Modi is looking for a big idea, he might want to look no further than women’s empowerment.

Chanted like a mantra by nearly every political party in speeches, interviews and manifestos, women’s empowerment made for a neat television sound bite, but failed to translate into political reality. END_OF_DOCUMENT_TOKEN_TO_BE_REPLACED 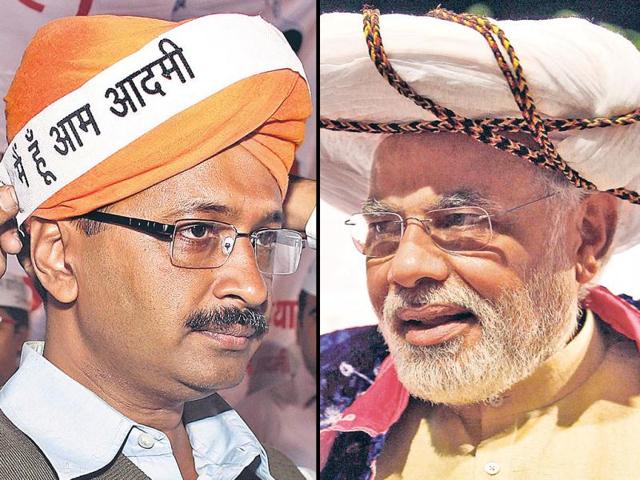 A slap on Arvind Kejriwal’s face or Narendra Modi’s admission of his marriage to Jashodaben attracts more attention than real issues. Has any other poll been so dominated by personalities.

The BJP candidate standing from my constituency has multiple criminal charges against him but my affable neighbour at the polling booth where we are lined up to cast our vote is emphatic. She is voting for Narendra Modi. An individual’s criminal past is irrelevant for the larger goal, she says.

The deification — or vilification, depending on your perspective — of Modi has dominated discourse in recent times. But elections in India have always been about personalities. What was 1977 but a referendum against Indira Gandhi and her thuggish son, Sanjay? Going back earlier, what was 1971 but Indira Gandhi’s riposte to Raj Narain’s rallying cry, Indira hatao (her response: woh kehte hain, Indira hatao, main kehti hoon, garibi hatao or, they say remove Indira, I say, remove poverty)? What was 1985 but a sympathy wave for her other son, Rajiv? Yet, has any other election been so much about individuals and so little about issues? END_OF_DOCUMENT_TOKEN_TO_BE_REPLACED 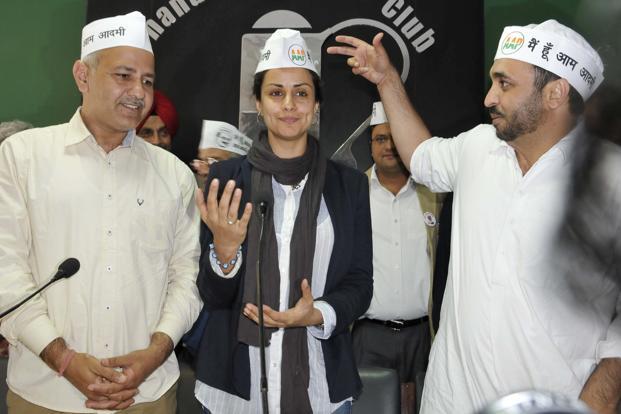 A photoshopped Twitter photo of Gul Panag with an AAP cap before she was named candidate from Chandigarh is just an example of blatant misogyny reserved for women politicians.

New Delhi: If it hadn’t been so predictable, it might have been dismissed as a sick joke. But there it was, in full colour. Scantily dressed with the photoshopped addition of a strategically placed Aam Aadmi cap was politics’ newest debutant, social activist, feminist and actor Gul Panag. The picture, put out on Twitter on 12 March, arrived even before Panag had been officially declared the Aam Aadmi Party’s (AAP’s) candidate from Chandigarh. But clearly the bugle had been sounded.

The handle went by the name BJP2014 but the party quickly dissociated itself from it. Not the “official handle of the party”, tweeted Arvind Gupta, the national head of the Bharatiya Janata Party’s (BJP’s) IT cell. It was simply “not authorized/affiliated to any of the party’s activities”. END_OF_DOCUMENT_TOKEN_TO_BE_REPLACED 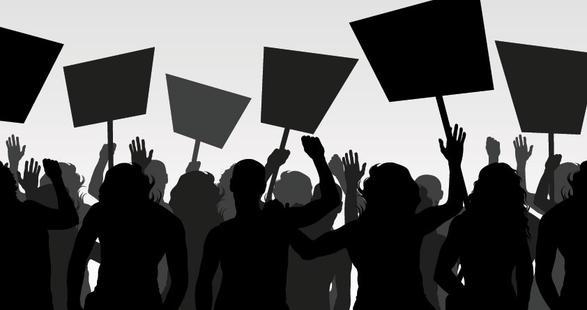 With very few exceptions, politics no longer attracts the brightest and the cleanest. In an environment where we assume sab neta chor hain we opt for the least unattractive.

The names have begun trickling in and speculation is rife. The BJP has announced that former Karnataka chief minister BS Yeddyurappa, forced to step down after an indictment by the state lokayukta in a graft case, is its candidate from Shimoga. ‘Cruel joke’, responds the Congress but has no explanation for fielding Pawan Kumar Bansal (railway posts-for-cash) and Subodh Kant Sahay (coal block allocation) or even whether it will eventually axe Suresh Kalmadi (CWG) and Ashok Chavan (Adarsh).

Like the BJP, the Congress spokespeople take refuge in the argument: No conviction, yet. Like the Congress, the BJP says due process must be allowed and candidates are innocent until proven guilty. END_OF_DOCUMENT_TOKEN_TO_BE_REPLACED