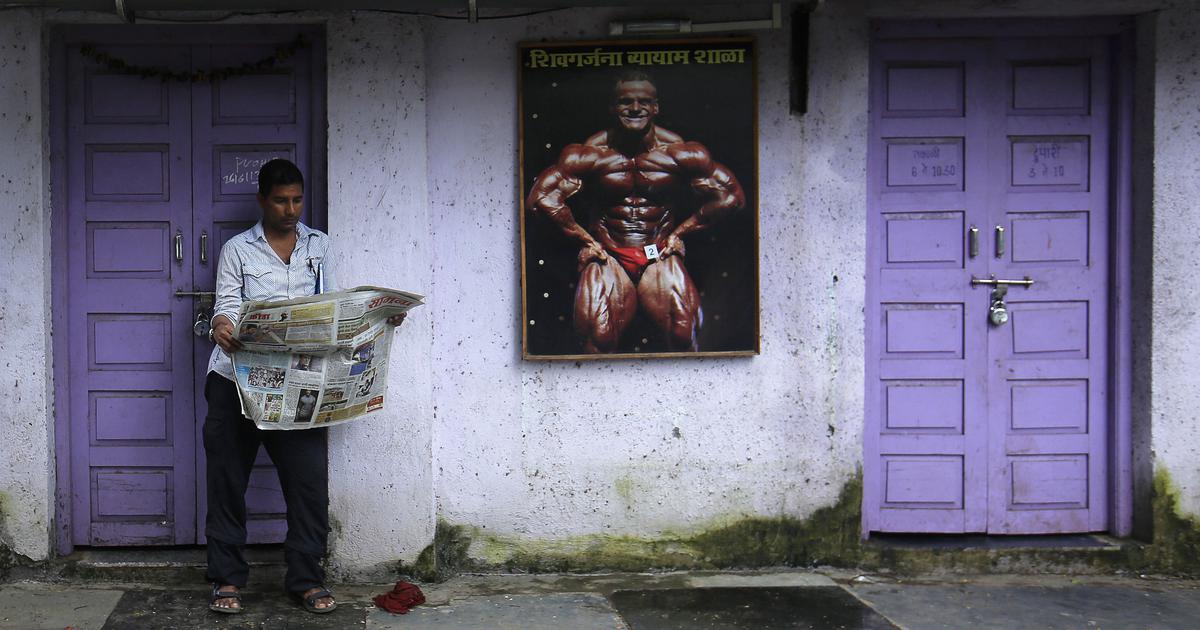 On Scroll.in: Fake news, paid news, biases and slants are so routine that far too many people nod in agreement when journalists are called ‘presstitutes’.

There was no eureka moment that led me to journalism, but one image remains stuck in my head. In my MA final year, I see him outside the principal’s office at St Stephen’s College. Is he there for an appointment? No words are exchanged and I only see him, head bent, pen in hand, writing in his notebook – Arun Shourie waiting without fuss or signs of entitlement.

The image of the journalist as crusader was still intact. The Emergency – and the media’s craven crawling that marked it – was over and forgotten. The 1980s were a golden age that saw exposés such as the Bhagalpur blindings and the Nellie massacre. New magazines were launched and older ones reinvented themselves as the great muckrakers of their time.

Today, with unceasing live updates, magazines struggle for relevance. It is content not news for much of the new media, blasted out with an energy that borders on manic and a language incomprehensible to many. All this is good – the times are changing, they always will and they always should. But, along with it, so is the inherent character of the media and the fundamental meaning of what is news. That is not good.

Fake news, paid news, biases and slants are so routine that far too many people nod in agreement when a minister calls journalists (presumably the ones not on his side of the ideological divide) “presstitutes”.

There are honourable exceptions, of course. Many individual journalists still believe that they work for a better world and that they must report the news without fear or favour. But this is not about exceptions. This is not about a few individuals negotiating their freedoms and honour as much as it is about the institutional decay that has set in.

This is what should concern us: the blanket censorship of the sting operation by Cobrapost that shows how the old media is apparently complicit in the buying and selling of news space. Without getting into the merit of sting operations (and most credible journalists have problems with them), surely the issue is at least worthy of a public debate and some level of soul searching. Instead, big media’s code of omertà has kicked in.

The business of buying news space to further an agenda is not new, however.

In 2009, the Election Commission sounded the alarm. What followed was a 36,000-word Press Council report that detailed how some media organisations had structured packages and rate cards to ensure favourable coverage to paying candidates. It caused no tremors, was duly posted on the Press Council’s website and then disappeared into the same Black Hole as a 2013 Parliamentary Standing Committee report on paid news.

Paid news should worry us all for several reasons. It betrays the compact between journalist and reader. Readers are supposed to know what space is bought (advertising). When The Times of India launched Medianet (its paid-for page 3 space) it was initially marked by a tiny symbol in the corner – but at least it was there. Now readers are supposed to just “know” that the coverage of Bunty’s birthday celebration is paid for by Bunty’s papa.

But paid news insidiously redefines the purpose and function of journalism and, in doing so, undermines a vital democratic pillar at a time when other vital pillars, including the judiciary and the bureaucracy, are being sought to be undermined.

Finally, paid news is a bad business model. Credibility is the media’s unique selling point, to use a marketing term. In the short term, a newspaper might make quick money by selling news space but, in the long term, would you really buy a paper if you knew its news space was up for sale?

Perhaps this might explain big media’s reluctance to talk about the issue. Why report a mea culpa when it is bad for business? Forget reporting, how many newspapers even have a serious, full-time media beat? I know when Raju Narisetti launched Mint he insisted on it. But how many newspapers really cover the media seriously? It seems the media abrogates to itself the power to scrutinise every institution except its own.

Most mystifying is the lack of public outrage each time paid news is outed. Don’t we as news consumers care? Or is it that the media’s credibility is by and large so dented that we know that even if no cash exchanges hands, there is an ideological bias that comes from both sides of the political divide?

If it’s no secret that X channel is shamelessly pushing a government point of view, then it’s equally well known that Y website, washed in its righteousness, is busy pushing its own ideological bias, peddling polemic more than news. And on it goes. In polarised times, we are no longer selling news. We are selling a point of view. And as long as consumers are lapping this up without complaint, it will continue.

The man who sat outside the principal’s office all those years ago would eventually cross the lakshman rekha from journalism to politics. Subsequent years would see the media’s blurring of so many lines and the fading away of so many fundamental, ethical questions.

But for me, I would like to keep that picture in my head as a reminder of a time of innocence and idealism. When paradise had not yet been lost.

See the article in Scroll