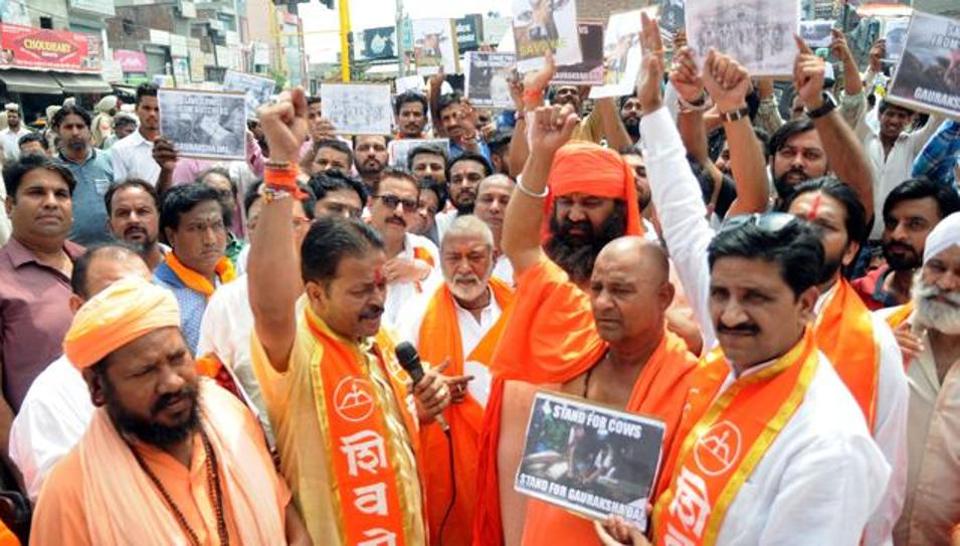 The meek acquiescence by citizens to the growing intrusion of state and other actors is alarming.

Don’t drink alcohol if in Gujarat and Bihar or within 500 metres of state and national highways. Don’t play cricket with Pakistan and don’t hire Pakistani actors in films. Stand to attention during the playing of the national anthem before watching culturally appropriate movies. Scenes that show that Hanuman Chalisa doesn’t scare away ghosts will be excised. Tasteless remarks about Hindu Gods and sages will lead to arrest warrants.

Do yoga. Dress decently. Do not loiter in parks and malls. Definitely do not loiter with people of the opposite sex, even if they are your siblings. Sing Vande Mataram if you’re attending municipal corporation meetings in Bareilly, Meerut, Varanasi and Gorakhpur or if you’re a college student in Uttarakhand.

Observe hostel curfews. The staging of Mahasweta Devi’s Draupadi will lead to demands for arrest of those involved. No plays on intolerance. Lecturers must exercise extreme caution when inviting Jawaharlal Nehru University professors to speak — or face suspension.

India’s steady slide to a nanny state continues: What you eat, drink, watch, sing, and wear is increasingly decided not just by elected representatives, the judiciary, institutions, and universities, but also that amorphous bully known as ‘public opinion’.

Much of the banning and monitoring come not from official sources but majoritarian muscle – sometimes with ghastly consequences. In Alwar, Rajasthan, five men returning to Haryana after buying two dairy cows were brutally assaulted by criminals who call themselves gau rakshaks. One of them, Pehlu Khan died of his injuries on Wednesday.

Shockingly, Rajasthan’s home minister insists both sides are to blame; surviving victims have been arrested for apparently breaking a law that prohibits transportation of cows outside the state.

When it becomes state policy to protect matas – gau and human – as is in Uttar Pradesh, there will be a rise in vigilantism across the country. In Delhi, a woman was beaten for throwing a stone at a cow. In Gurgaon, emboldened thugs forced the temporary closure of 500 meat shops during the nine-day navratra period. And in Assam, where cow slaughter is not banned, three people were arrested on Thursday for ‘hurting religious sentiment’ by ‘openly carrying’ beef.

In UP, couples are humiliated in public, and not always by the police. There are reports also that a Bajrang Dal office bearer in Uttarakhand wants to meet the chief minister to discuss his concerns about the state turning into a ‘den of lovers’.

Women’s groups want UP’s so-called anti-Romeo squads to be taken off the street, saying they have become ‘an even greater source of harassment and fear’. Under the guise of protecting women, we have khap panchayat-style curtailing of freedom. Hostels in universities observe discriminatory curfew timings and some even restrict or ban internet access.

The greatest danger of this creeping intrusion is not the increasing restrictions by states, vigilantism by thugs, or further diminution of women and minorities. It is the erosion of civil liberties and democratic values. Forget dissent, the meek acquiescence by citizens has been alarming.

The government’s insistence on linking Aadhar to welfare schemes, for instance, despite a Supreme Court order to the contrary has barely caused a ripple.

The UP abattoir crackdown has not resulted in any loud protest by opposition parties who have also been playing competitive cow politics for years. Gujarat has now amended a law that makes cow slaughter punishable by life imprisonment and Rajasthan has introduced a 10% cow protection cess on stamp duty. Silence.

Hostels impose restrictions on women students with the tacit approval of their parents. And here’s a peek into the minds of our youth: A survey by the Centre for the Study of Developing Societies finds that 60% of respondents in the age group 15-34 believe that films that hurt religious sentiment ought to be banned.

There’s no stopping the slide. On social media, an “All India Fish Protection” committee threatens Bengalis who eat fish with a brutal thrashing. Faking news? These days it’s hard to tell.