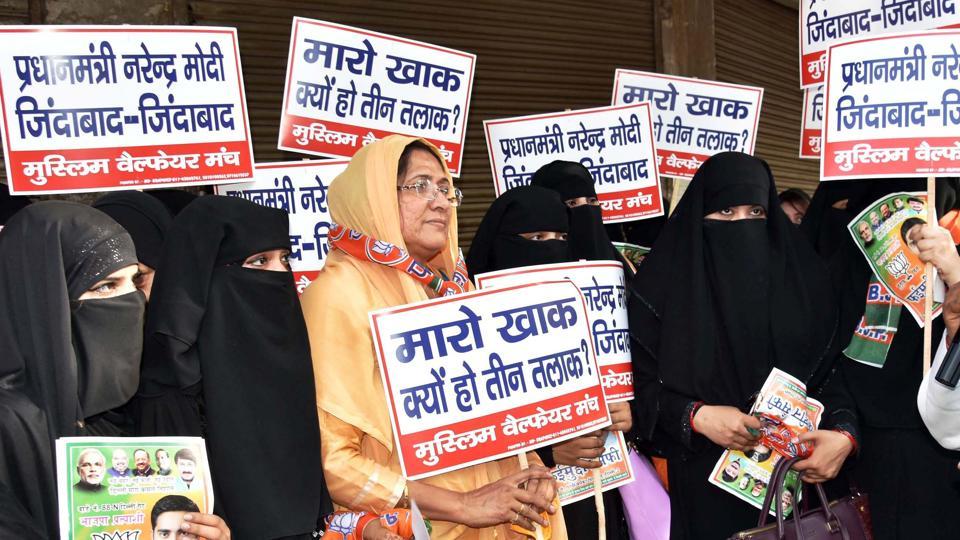 Why does the five-man bench get to decide which of the three issues in the triple talaq case is more important than the others?

When the history of Indian women is written, 2017 will go down as the year when the Plight of the Muslim Woman was uncovered.

So grave is this plight that politicians have sworn one law for all citizens. So pitiable her condition that Supreme Court judges have sacrificed their vacation to come to judgment.

Inside the court, men argue to follow practices that go back 1,400 years. The courts cannot interfere. Others say, they must, especially if religion clashes with fundamental rights.

The clutch of petitions in court is led by Shayara Bano, a sociology postgraduate, divorced in 2015 by speed-post. She says no woman should have to go through this humiliation and wants the court to ban three practices permitted by her personal laws – triple talaq, nikaah halala and polygamy.

But the judges say they will focus only on triple talaq, not the others.

How do five men decide which requires urgent hearing and which can wait? If triple talaq is an ‘abhorrent’ practice, is polygamy better?

When finally asked by the attorney general, the judges say, time is short — an astounding reason, given that it is the judges who decided to sit during the vacation.

Muslim women have waited 70 years for an answer: When two constitutional values – the right to profess, practice and propagate religion and the right to equality – clash, which takes precedence?

The court could say triple talaq isn’t fundamental to Islam. Or it could take up the greater challenge of gender crusader by testing discriminatory practices in every personal law that clash with fundamental rights.

“All other considerations have taken centre-stage,” Zakia Soman of the Bhartiya Mahila Muslim Andolan, one of the other petitioners, writes to me in an email. “Several secular minded people, including members of the judiciary, are extra sensitive to Muslim ‘sensitivities’ and the gender rights issue is not being taken up with equal fervour.”

Madhavi Divan, counsel for the government, agrees: “This is a historic opportunity for the court to settle the rights of a minority within a minority. Keeping women back is a sure recipe for keeping the community away from the mainstream.”

Patriarchy is the basis of all religion. But an aspirational generation of women is challenging that basis. We are equal, they insist. If you look beyond the stereotypes of the Plight of the Muslim Woman, you will realise that it’s Muslim women, articulate, intelligent and committed, who are demanding their rights. It is these women who will herald change.

The challenge before the Supreme Court is to take an unambiguous stand that women are equal citizens; to state unequivocally that a secular democracy can have only one true faith. It is the Constitution of India.