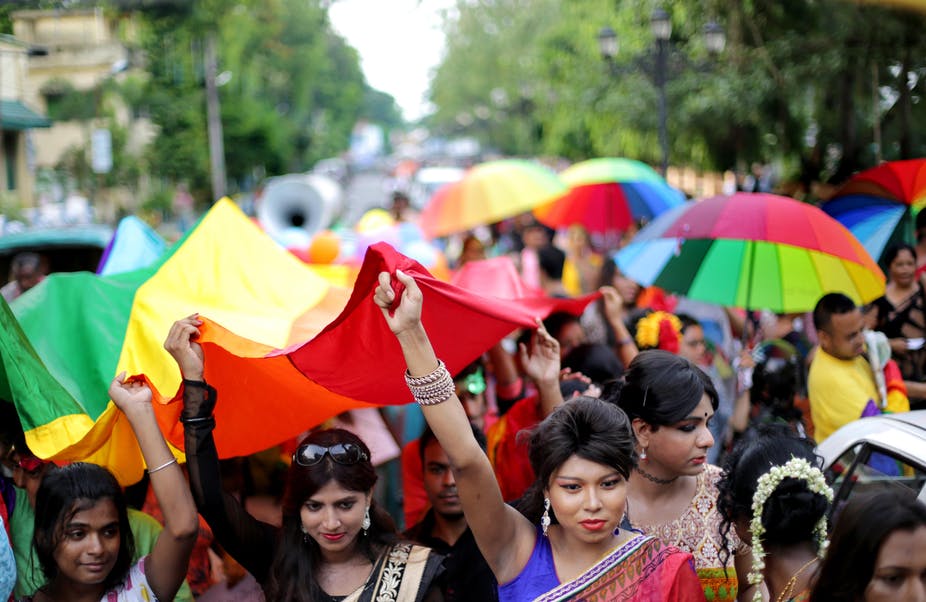 Family support, if it comes, is often conditional. “At family gatherings, I’m asked the usual questions about when I’m getting married because to this day heterosexuality is the norm,” says one woman.

Stigma and discrimination are an everyday reality. For instance, even if your immediate family accepts you, does your extended family? What about your workplace?

Sometimes it’s not homophobia but plain ignorance. In 2014, the Indian Psychiatric Society clarified: Homosexuality is not a mental illness or disease. Yet, ads for “guaranteed cures” continue.

For men, there is the additional burden of knowing that their sexual orientation is criminalised and makes them vulnerable to arrest.

Section 377 is wrong not because it conforms to outdated notions of family or religion or what is alluded to as natural.

It is wrong because it is the most blatant violation of human rights.

It is wrong because it allows the state into the bedrooms of consenting adults and criminalises the most natural emotion in the world, love.

It is wrong because it signals that the privacy of citizens is subservient to the larger interests of a status quoist society (by that argument, sati might never have been abolished).

The late Justice Leila Seth spoke not just with a jurist’s passion for justice but with a mother’s heartbreak because her eldest son being gay made him a criminal in the eyes of the law.

“The right that makes us human is the right to love,” she wrote in 2014, soon after the Supreme Court in December 2013 reversed a landmark High Court decision to decriminalise homosexuality.

Four years later, on January 8 this year, the apex court said it will revisit its decision. If it is to listen to justice and protect the dignity of all citizens, scrapping a law that is well past its use-by date will be a good start.