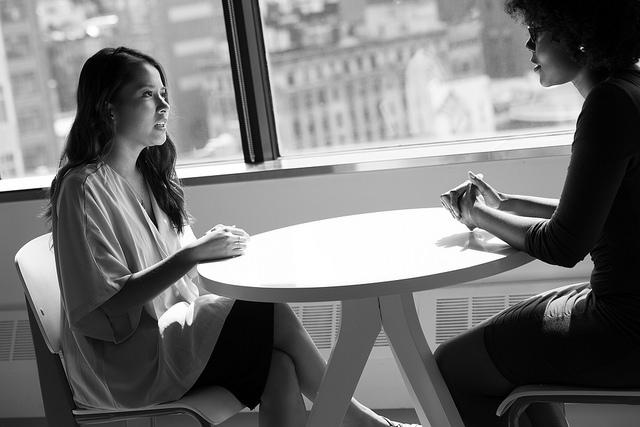 Men tend to over-estimate their ability and performance, while women tend to downplay both (from a Cornell University study). Men are four times more likely than women to ask for a raise (Linda Babcock, author of Women Don’t Ask). Why do so many really smart, talented women come across as diffident at the workplace? Understanding the gender confidence gap:

I often attend gender conferences where women outnumber men roughly 20 to one. The gender world’s like that, I guess. Yet, even amongst us, there will always be the one who begins apologetically, “I didn’t come prepared,” and then go on to astound the room with her brilliance.

Women struggle to talk about themselves positively, says Aparna Jain, diversity and leadership coach and author of Own It and, more recently, Like a Girl. At her leadership workshops, she says, “There’s so much self-doubt. Women just want to be perfect.”

Research bears testimony to it. Men tend to over-estimate their abilities and performance while women downplay both, finds a Cornell University study. “The ‘gender confidence gap’ is real and closing it is as much a lynchpin to addressing gender inequity as the many other forces that have contributed to it,” writes Margie Warrell in Forbes.

Men are also four times more likely to ask for a raise than women, writes Linda Babcock in her book, Women Don’t Ask. “Women often don’t get what they want and deserve because they don’t ask for it,” she says in an article for Harvard Business Review. They are, thus, less likely to negotiate for themselves.

An internal report by Hewlett Packard found that men applied for positions even if they meet only 60% of the requirements; woman will apply only if they qualify 100%.

Boys and girls are born equal, we know that.

But we bring up boys telling them what they can and should do. Have careers, go out into the world, look after families. Do. Do. Do.

Girls, especially in India and Asia but really all over the world, are brought up with a long list of things they cannot do or wear or say. Don’t stay out late at night. Don’t talk back, especially to figures of male authority. In doing so, we whittle away their confidence. “Each time I interviewed a smart, competent woman, I would be startled to learn… how little she trusted her voice,” writes former World Bank advisor Deepa Narayan in her book, Chup.

This indoctrination is carried forward at the workplace where male bosses might reflexively turn to the women at the conference table to order coffee — or talk over them and ignore them altogether.

When women do project self-confidence they come across as lacking in warmth, a quality that men are very rarely judged by, finds Laura Guillen in Harvard Business Review. Women’s behaviour is held up to greater scrutiny and double standards. A man’s emotional outburst is ‘volatile’, and woman’s is ‘hysterical’. Aparna Jain calls it a ‘classic double bind’.

Sometimes the messaging can also be insidious as role models like Sheryl Sandberg urge women to ‘lean in’, implying that both the problem and the solution lie with us.

And, yet, workplaces are changing. They are changing because a more assertive generation of women is far more likely to be vocal and aware of her rights. India’s MeToo certainly saw younger women calling out predatory men — and older women taking their lead from them.

India’s 80 million teenage girls are our most aspirational ever. They dream of studying further and having careers, finds a recent study by Naandi Foundation. Three in four teenage girls surveyed across 70,000 households, rural as well as urban, in 30 Indian states, said they wanted to marry after the age of 21 by which time they would already be earning a living.

These girls are our future citizens. Amongst them are leaders, heads of corporations, members of Parliament, innovators, change-makers. All we need to do is leave them alone and let them find their voice.