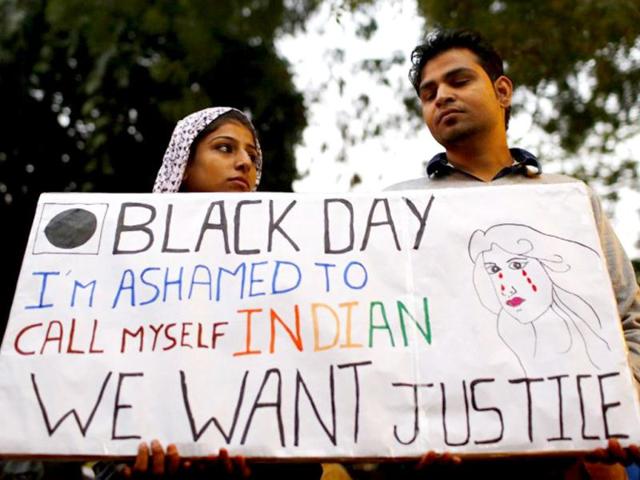 This is what worries me. Three years or two years or how so ever many months from now, the juvenile who at 17 years and six months of age gang-raped, brutalised and eventually killed a 23-year-old physiotherapy student in December will walk free. We will never know his name. We will never know if he emerges repentant or hardened after his time served. His criminal record will remain forever sealed in a dusty file somewhere.

No matter what the juvenile justice court rules on July 25 this is a done deal. The law which sets 18 as the age when people are tried as adults does not have retrospective effect. It does not make a distinction between petty crimes and adult crimes like rape and murder. This past week, in response to a public interest litigation to consider lowering the age to 16, the Supreme Court said no, a move that finds favour with many child rights activists and with the Justice JS Verma Commission. It doesn’t matter if you’re one day short of 18. It doesn’t matter if the crime you commit is murder. Laws do not allow for exceptions. Sometimes, they also make no allowance for justice.

Step outside the borders of national outrage over one gruesome crime and contemplate cold statistics to understand what is really wrong with our Juvenile Justice Act: it is disconnected with social reality. National Crime Records Bureau data shows that the number of under-18 people getting arrested has increased from 30,303 in 2010 to 35,123 in 2012. In 2010, under-18s were involved in 858 cases of rape. In 2011, it was 1,149. Two of every three crimes committed by juveniles were by people aged between 16 and 18.

The concept of juvenile justice is based on the fact that children can’t always distinguish right from wrong. But a child who falls into wrong ways can be reformed. Because of their potential for change, children require separate laws for crimes committed by them. In many cases, juvenile perpetrators have themselves been subjected to abuse and are, therefore, victims. Juvenile justice is society’s opportunity to reclaim them.

But in India we are confused about who is a child. You have to wait until you’re 25 before you can legally drink in Delhi but may marry and vote at 18. Child labour laws are set at 14.

Around the world, countries rely on their own imagination to set the age of criminal responsibility — 12 years in Canada, Ireland and the Netherlands; 14 for Germany and Italy; 10 in England and Wales. In the US, states like North Carolina set the bar at six, though most states go with seven, according to the website of Haq, a child rights organisation. This is the cut-off age when children face trial in any court, regular or juvenile. Many countries also distinguish between petty and serious crimes. In the US and in England, juvenile courts do not generally adjudicate on rape and murder, preferring to send them to regular courts.

Lost in the 18 versus 16 din is the actual condition of juvenile homes. A report by the Asian Centre for Human Rights in April this year found that sexual offences in children had reached epidemic proportions, with many being committed in juvenile ‘justice’ homes. According to Suhas Chakma, director of the Centre, these homes are ‘hell holes where inmates are subjected to sexual assault and exploitation’. With such a damming report, how can we expect the prospect of rehabilitation and reformation?

A civilised nation cannot frame laws based on the emotion generated by one case. Yet, change often hinges on a tipping point. A brutal gang-rape has resulted in tougher laws, particularly in crimes relating to women. That debate, however, is far from over.