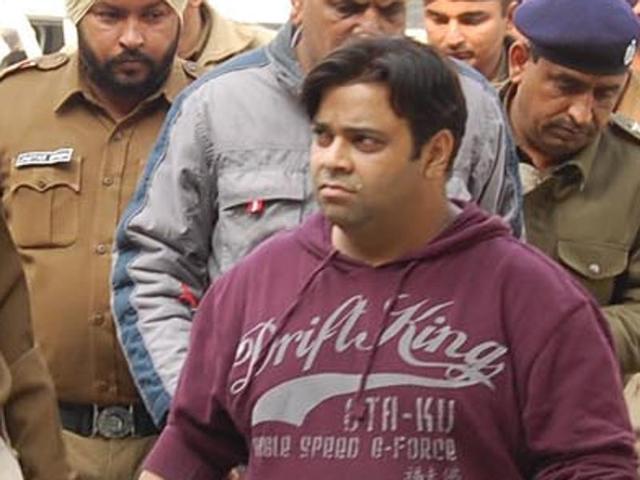 The arrest of a comedian sends a clear message: Religion is out of bounds. Given the volatility of mob sentiment, perhaps a place to start would be for the Supreme Court to draw a line between religion and politics. We might make a tentative beginning with simply scrapping sections in law that today have become convenient tools to ban and intimidate inconvenient voices.

Late in December, actor/comedian Kiku Sharda did the unthinkable. He made fun of the head of the Dera Sachcha Sauda (DSS) sect. In the clip I have seen, Sharda emerges on stage in a shimmery costume astride a bike in what is apparently standard practice for the sect’s guru — or at least seems to be if you’ve had the misfortune of watching MSG: Messenger of God.

The followers of Gurmeet Ram Rahim Singh were not amused and filed complaints in various police stations in Haryana, where the sect is based, under the dreaded section 295A of the Indian Penal Code that makes it a crime to outrage religious feeling.

I’m not sure how DSS qualifies as a religion or whether Gurmeet Singh’s endorsement of the BJP in recent assembly elections have anything to do with events that unfolded. On Wednesday, Haryana police arrested Sharda along with eight others.

Singh knows a thing or two about outraging religious sentiment. In 1997, he was on the receiving end when he offended the Akal Takht by dressing up as Guru Gobind Singh. The offence led to violent clashes between the DSS and Sikhs in Punjab and Haryana and an eight-year-long feud that reportedly ended last year when Singh apologised.

Unlike Pakistan, we have no blasphemy laws. Yet, where religion is concerned, we do place restrictions on freedom of speech. The idea is to prevent both disharmony and ill-will between religions (section 153A) and deliberate and malicious intent to outrage religious feeling (section 295A).

But if we look at how these laws are applied, it seems evident at least anecdotally that complaints are more about intimidation and less about deliberate and malicious outrage. Sharda’s arrest, for instance, sends a clear message to actors and comedians to think twice in the future before assuming gurus and godmen are fair game.

We’ve now reached a stage where it is safest to assume that religion is out of bounds.

A 2013 Business Today cover of cricketer MS Dhoni as Lord Vishnu has led to cases filed in different police stations. The Catholic Church is offended by Agnes of God, a play about the death of a newborn whose mother is a young nun. And a group of Buddhists are hurt because actress Raakhi Sawant poses in a bathtub against a statue of the Buddha.

Our reaction in most cases is to laugh, but the outcome isn’t always funny. After sustained bullying, a writer announces his retirement.

After threats of legal action, a rationalist seeks asylum away from our shores. Bit by bit we watch our freedoms slip away.

What happens when outraged religious sentiment spills over into the street? The full facts are yet to emerge, but in Malda and Purnea, angry Muslims have been demonstrating against Kamlesh Tiwari, head of the Akhil Bharatiya Hindu Mahasabha for his statement against the Prophet. Tewari is in jail but that has not stopped protesters from torching vehicles and even a police station.

The Hindu Right complains that governments ‘pander’ to minority, specifically Muslim, sentiment by banning books and arresting individuals. Yet even liberals fall short of castigating the state for failing to protect individual rights in the name of law and order. The crux is this: Is freedom of expression, including the right to cause offence, worth dying for? Most of us, myself included, would say no.

So, where do we even begin? Given the volatility of mob sentiment, perhaps a place to start would be for the Supreme Court to draw a line between religion and politics. Perhaps we might make a tentative beginning with simply scrapping sections in law that today have become convenient tools to ban and intimidate inconvenient voices.

Take away the legal sections and you still have public opinion and the threat of action that imposes restrictions on speech. But scrap 295A and you at least take away the tool that enables people like Gurmeet Singh’s followers from filing complaints that lead to the arrest of actors and comedians.

Unless we make that beginning, we stand to lose whatever is left of our right to free speech.