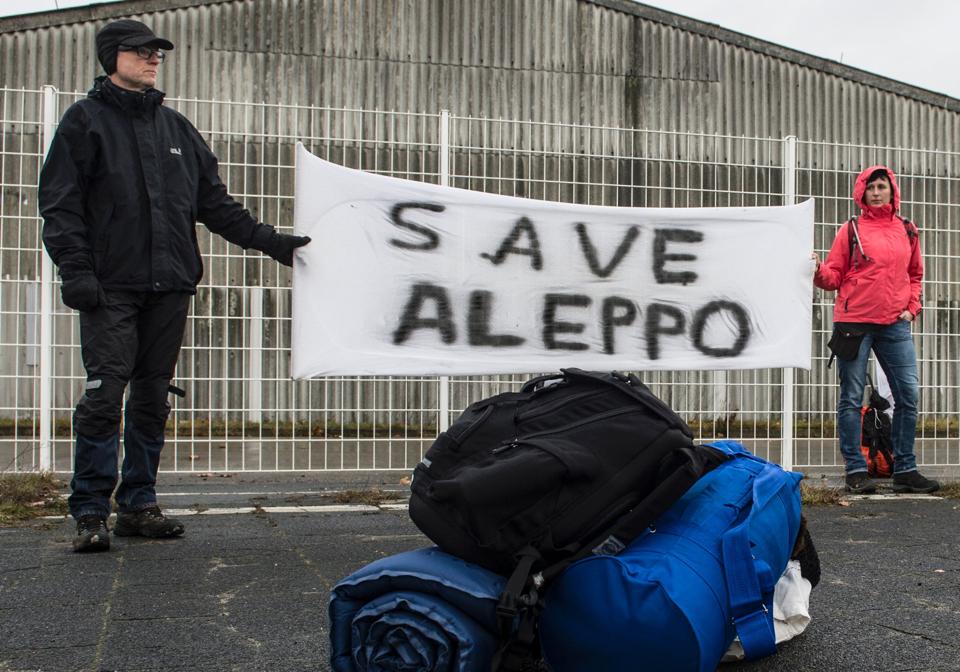 It can help me cope with a changing, unpredictable world, enlarging a personal worldview to embrace those outside my own experiences and ideology.

And before you know it, it’s here again. That time of year to make fresh resolutions, determined to wake up energized and renewed.

Learn a foreign language; meet new people; read more books; exercise more; get a new hobby. After years of facsimile resolutions (and years of breaking them), I gave the ritual a break. But this year, I’m going back, and instead of the usual self-improvement missives, I have just one word on my list: Empathy. Let me explain why.

As individuals, we ask, what can we do to make the world better? Can I take a position that will make society less divisive?

The year about to end has seen a planetary shake-up not seen since the fall of the Soviet Union. We even have a catchy descriptor: The year of disruption. Undeniably, from Brexit to the US elections, from the rise of nationalism to demonetization, we’ve had a year of unprecedented upheaval, marked by divisiveness, shrill opposition, suspicion, and violence.

It’s been a year when everyone has had an opinion and almost nobody has appreciated the idea of a counterview. An older, civilized concept of an exchange of ideas and the art of conversation is now a diatribe.

In India, a year punctuated by nationalism, Dalit unrest, agitating Marathas, encounter killings, protestors in Kashmir, farmers in distress, pollution in cities, fake videos on TV news, and continuing assault on women everywhere, is coming to a noisy end with the schisms in our discourse over demonetization.

The rash of analyses, both for and against, had one thing in common – neither side could see the other point of view. Those in favor of the move spoke of short-term pain, social good, and a nationalistic duty to stand in line. Those against were convinced of Armageddon, totted up the death in numbers of those standing in ATM queues and spoke of the unseen misery of fragile economic lives.

But the uncomfortable and obvious fact with both sides speaking so authoritatively for the poor was just this: neither had any first-hand experience of poverty.

We have been similarly clueless about those live-tweeting the end of their world from the frontlines of Aleppo. We cannot comprehend what it means to be refugees so desperate to leave a war-torn country that even risk of death is acceptable collateral. As we retreat into our isolated lives, it seems clear that we will see less and less of other experiences in the coming year.

In our own country we – and this sadly includes much of our media — shut our eyes to kids blinded by pellet guns in Srinagar, are clueless about the blockade by the United Naga Council, and are unconcerned with allegations of rights violations in Bastar.

Certainly, some things should never be tolerated — racial prejudice, patriarchy and the caste system for instance.

But we need to understand that there is a reality beyond our own comfort zones. That every life matters. I will never know what it’s like to be that child outside the car window or the transgender battling prejudice or the woman facing domestic violence. What I might understand, however, is an injustice. And if I can see injustice in that life and raise my voice against it – no matter how feeble that voice – I will at least begin to make a difference.

As we harden our positions, we need to acknowledge too that an opposing point of view might have merit. That every right-winger is not a bigot; that every nationalist is not a fascist and that some men’s rights activists might have a fair point of view.

And so I can only hope that my new year resolution of empathy – the ability to share the feelings of another — would help me cope with a changing, unpredictable world, enlarging a personal worldview to embrace those outside my own experiences and ideology.

Unless we make a determined effort to get out of a narrow and confined complacency we are doomed to darker, not brighter days ahead. Empathy might not be a solution, but it will at least be a beginning.