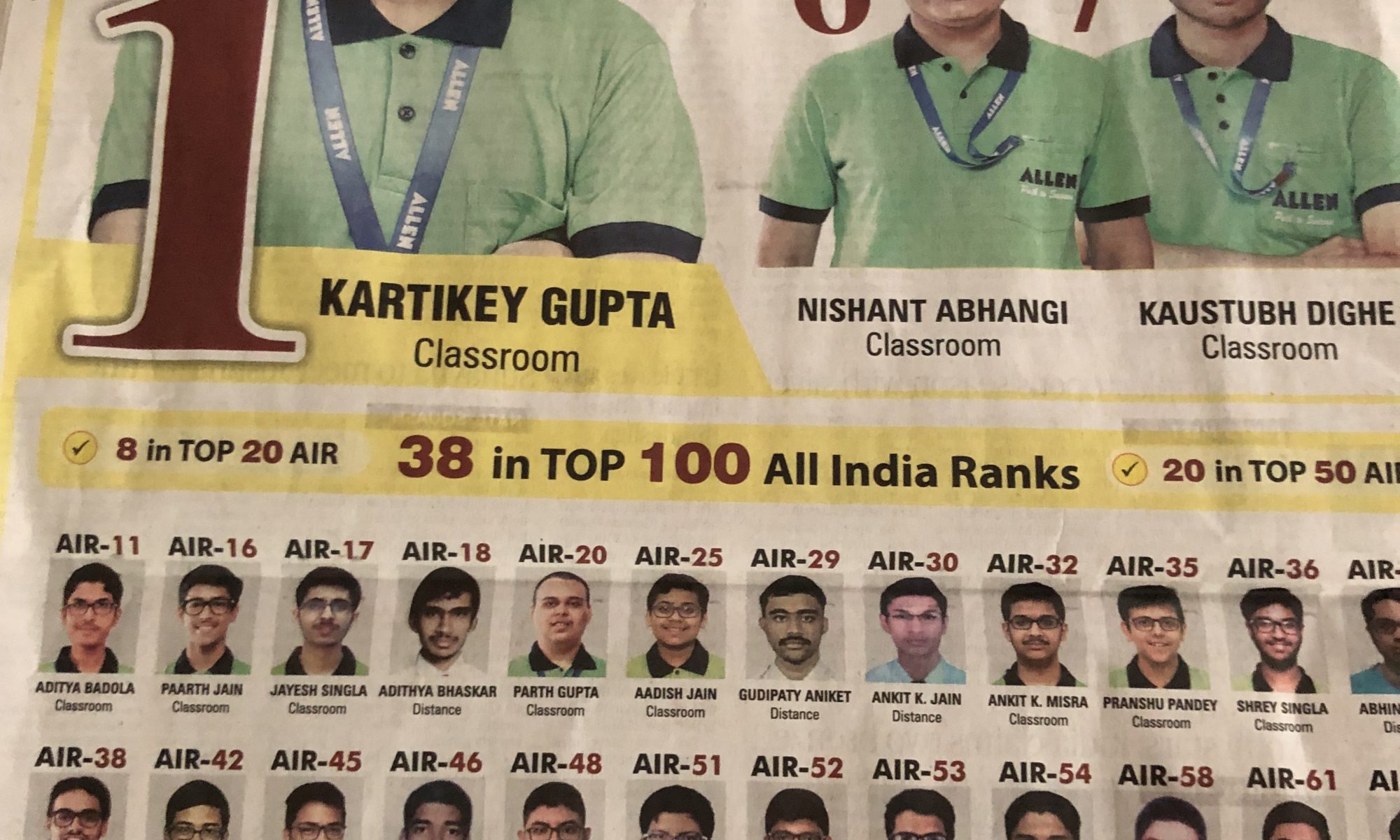 Nearly 30% of engineers who graduate from India every year are women. So, why do their numbers plummet when it comes to the prestigious IITs?

Among the earnest faces, you’d be hard pressed to spot the girls. The snapshots in the advertisements by coaching classes, of students who recently cleared the advanced Joint Entrance Exams (JEE) to get into the country’s most prestigious engineering institutes, the Indian Institutes of Technology (IITs), are nearly all male.

Girls are keen on engineering. Of the 15 lakh engineers who graduate every year from 3,000 institutes in the country, 30% are girls. So why do their numbers fall when it comes to the IITs?

Blame social attitudes, says Ashutosh Sharma, secretary, Department of Science and Technology. Boys, encouraged by parents, will single-mindedly pursue their goal of getting into the IITs. The girls have potential but aren’t similarly encouraged. At IIT open houses and science fairs designed to get more female students to enrol, one of the big challenges is addressing the parents’ concerns: Will my daughter be safe? How will she manage so far away from home? Will the demands of the course affect her health?

To get into the competitive IITs, students nearly always must join intensive coaching classes that are expensive, held late in the evenings or located far away. When it comes to daughters, parents either don’t want to spend, or else must grapple with the logistics of safe transport and reliable hostel accommodation.

“Parents think it’s better for girls to join local colleges,” says Manish Singh, who runs Partha Coaching in Kanpur. Of the 1,500 or so of his students this year, barely 10% were girls. None qualified.

Ironically, once they get in, girls perform better than boys, says Sumeet Agarwal, an assistant professor at IIT (Delhi). “There is something about the entrance exam itself which appears to act as an obstacle for girls,” he says.

Last year, in a bid to improve the gender ratio, the IIT Council created additional, or supernumerary, seats for female candidates who had qualified for the JEE Advanced. The decision bumped up the ratio from 8% to about 16%.

At IIT Delhi, the number of girls admitted to the undergraduate programme is up from 70 in 2016 to a projected 190 this year, says Prof Agarwal.

“The girls are only marginally beyond the threshold of qualifying. All they need is a little push that would help create a level playing field,” says Sharma.

Ultimately, it’s important for the IITs to be more gender balanced not just because they run on public money but also because “we are losing out on the talents and capabilities of 50% of the population,” says Prof Agarwal. “If our mandate is to deploy technology to improve society, we need to have people from all sections.”

This column first appeared in the Hindustan Times on June 29, 2019