Aam Aadmi Party’s work in schools and mohalla clinics, free bus rides for women and subsidies for electricity and water was a major draw. But if Kejriwal really wants to be a game-changer, he might want to end an old bias against including women in the cabinet.

Following his party’s triumph in the Delhi elections, the swearing in of Arvind Kejriwal’s new cabinet had the stale whiff of an old exclusion: No women in the team. Deputy chief minister Manish Sisodia’s explanation that there was “nothing wrong in repeating the same cabinet” doesn’t wash. Repeating a past omission is not going to fix it. This omission is particularly egregious when you consider the results of a poll-eve survey by Lokniti-The Centre for the Study of Developing Societies, published in The Indian Express which found that women were 11 percentage points more likely to vote for Aam Aadmi Party (AAP) than men.

The fact that women have, in many recent elections, turned out in greater numbers than men to vote no longer surprises. What does is the stubbornness of the parties, old and new, to share political power. Across ideology and geography, parties pay lip service to women’s empowerment. But when it comes to sharing power, their words ring hollow. Exceptions to this now predictable dance are Naveen Patnaik’s Biju Janata Dal and Mamata Banerjee’s Trinamool Congress, which earmarked 33% and 41% seats respectively for women candidates in the 2019 election.

Women have their own perspective based on their struggles to ascension. To exclude them from crucial meetings is to shut out the voices of nearly half of our population.

They flank the prime minister, six on one side, five on the other, dressed in sombre suits to discuss serious matters. The photograph was taken on January 6 when the 11 — variously described as “telecom czar”, “richest Indian”, and even “patriarch” — met with Narendra Modi ahead of the budget.

No “czarinas”. No “matriarchs”. Just an all-boys-club meeting to weigh in on the economy, talk about the need to spur growth and create jobs.

It’s not that we don’t have capable women in industry. I can think of Kiran Majumdar Shaw, Anu Agha, Suneeta Reddy and all those who sparkle in finance and banking from Zarin Daruwala to Kaku Nahate.

In the concluding part of my three-part series for IndiaSpend, I analyse the results. How little has changed.

A beauty queen, an award-winning writer and four giant-killers; one who contested because she received a “signal from God” and another who once famously showed her middle finger to a hectoring news anchor, it is safe to say that the women contestants to the 2019 general elections reflect the diversity and vibrancy of India.

Of the 724 women who contested the 2019 general elections, 78 will be sworn in as members of parliament (MPs)–the largest-ever contingent of women in India’s parliamentary history. More than 60%, or 47 of these women, are first-time MPs, said Gilles Verniers, co-director of Trivedi Centre for Political Data (TCPD).  Some, such as eight-time winner Maneka Gandhi, are veterans.

There are billionaires–the richest being Hema Malini of the Bharatiya Janata Party (BJP) with assets of Rs 250 crore, according to the Association of Democratic Reforms. And then there is Remya Haridas, the daughter of a daily-wager father and a tailor mother. With assets of Rs 11.5 lakh, the 32-year-old is Kerala’s second-ever Dalit woman MP and the only woman MP from the state this year.

She may be the head of her village, but making rotis for her extended family of 22 is still her responsibility.

Hunched over the small chulha (earthen stove) in the family house at Hussainpur village in Haryana’s Nuh district, her hands efficiently slapping a small piece of dough into a round roti, Farhuna (she uses one name),  smiled when she recalled the circumstances of her marriage–and election.

It was early in 2016. The panchayat elections were around the corner and the Haryana government had recently introduced a new eligibility condition. To contest the elections, women needed to prove that they had cleared their eighth standard exams; men had to be matriculates.

That year, the seat at Hussainpur was reserved for women. The problem: No woman in her husband’s family had ever been to school.

So Farhuna’s father-in-law began looking for a bride for his son. His only condition: Education. “He didn’t even take any dowry,” grinned Farhuna, proud holder of a bachelor of arts degree.

The family has a gas stove over which the vegetables and dal are made. But rotis taste better when they come out of a mud stove, and that is how they are made–some 70 of them for the afternoon and an equal number for the night meal–said Farhuna.

This is the first in a three-part series I wrote for IndiaSpend, looking at the 2019 Indian general election from a gender angle.

To understand how some political parties seem to have woken up to the need for greater women’s political representation ahead of the general elections scheduled for April and May 2019, you have only to look at the millennial female voter.

Anju Baa, a 20-year-old tribal girl from Rajgampur village in Sundergarh district in northwestern Odisha, has completed her graduation. She is enrolled in a computer class and says she will apply for a job once her course is over. Marriage? She shrugs, first comes the job.

When Anju was just a baby, her mother, Rani Secundra Baa, class 12 pass and employed as a domestic worker in Delhi, voted in her first–and so far only–election. The candidate for Birmitrapur, her assembly seat in the year 2000, was tribal leader George Tirkey, who recently joined the Congress party. Why did she vote for Tirkey? Because, said Rani, her village had taken a collective decision to support him.

But nobody tells Anju who to vote for. Like her friends, she is guided by her marzi (choice). Would she prefer a woman candidate? “I will see who the candidate is. But so far, women have done good work in my village. Our sarpanch [elected head of the village council] is a woman and she is accessible and hard-working. She got a lot of road works done for us. So, yes, women are more dedicated than men when it comes to serving the community,” she told IndiaSpend over the phone.

Perhaps four-time Odisha chief minister Naveen Patnaik has been listening to girls like Anju, prompting him to announce that he is earmarking 33% of the state’s 21 parliamentary seats to women. Odisha will hold elections to parliament and the state assembly (legislature) simultaneously in April 2019. 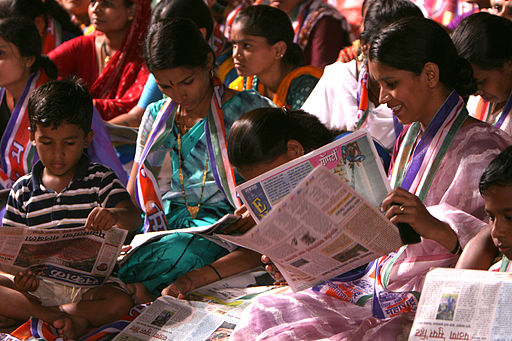 In Hindustan Times, I look at the bleak prospects for women in the forthcoming 2019 general election. Although women are exercising their franchise in larger numbers as voters, their presence in Parliament and the assemblies remains dismal.

It is early days but already a troika of powerful women — Mamata Banerjee, Mayawati and, now, Priyanka Gandhi Vadra — is dominating the headlines. In a country that has been notoriously stingy in fielding women candidates as MLAs and MPs, this is a pleasant blip but nobody is counting on a New Deal for women with Elections 2019.

When women do manage to crack the glass ceiling it is often, such as Gandhi, on the strength of family ties. The depressing reality is that women comprised only 8% of all candidates in the 2014 general election and, as a result, the new Parliament had the old men’s room stamp with just 11% women MPs — substantially lower than the already low global average of 23%.

Two interesting trends have taken place since the last election. The first is the emergence of the female voter. The gender gap in voter turnout in national elections in India is now down from 16.71% in 1962 to 1.55% in 2014. Women voters have outnumbered men in several recent elections, including significant constituencies in Himachal Pradesh, Chhattisgarh and even Mizoram where of the 209 candidates who contested the recent elections, only 16 were women, none of whom won.

END_OF_DOCUMENT_TOKEN_TO_BE_REPLACED 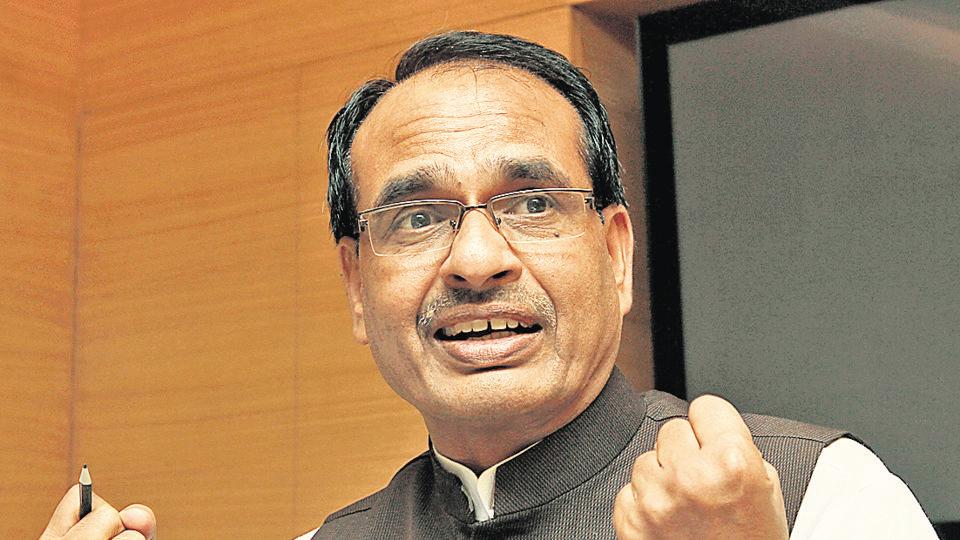 It has been reported that these godmen had planned to launch a Narmada Ghotala Yatra on April 1 to highlight a slew of ills from Chouhan’s apparent failure to stop cow slaughter to alleged corruption in the planting of saplings along the Narmada river.

By some uncanny coincidence, the Shivraj Singh Chouhan-led Madhya Pradesh government’s decision to confer minister of state (MoS) status on five godmen, one of whom goes by the name, ‘Computer Baba’ (apparently he has a memory ‘like a computer’), comes days after Netflix began streaming Wild Wild Country, the true story of the misadventures of ‘Bhagwan’ Rajneesh in Oregon, USA.

You’d be forgiven for believing it’s fiction. A charismatic godman, flowing beard and all, sells his koolaid philosophy of free sex and conspicuous consumption (one of his wristwatches cost a million bucks – that’s dollars, not rupees) that finds a market among westerners but is greeted with somewhat less enthusiasm in Pune where the ashram is based. END_OF_DOCUMENT_TOKEN_TO_BE_REPLACED 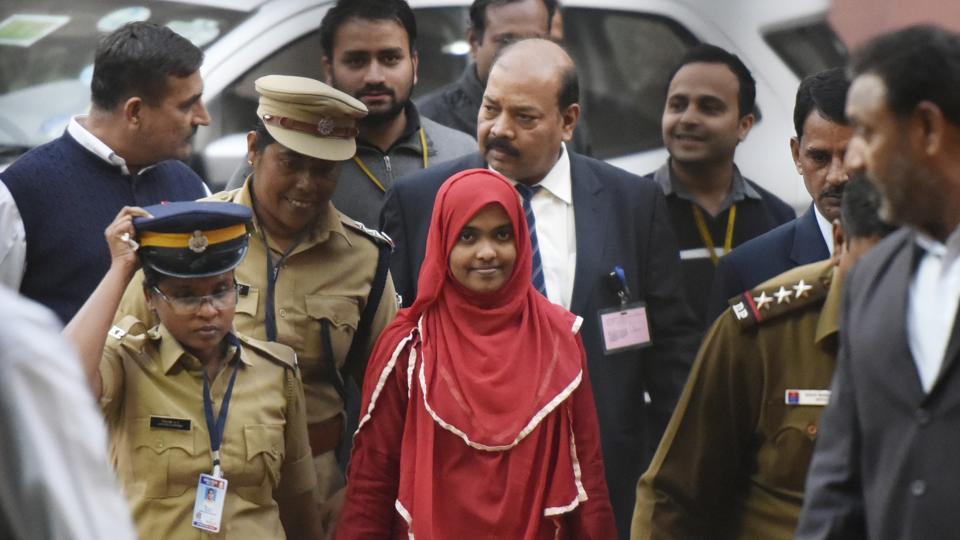 At the heart of this controversy lies not so much the right of a woman to choose her religion and spouse, but society’s attitude to women.

We should be grateful for small mercies. On International Women’s Day, a day when hashtags were declaring ‘Time’s Up’ and ‘My Body is Mine’, our highest court reaffirmed a more basic right: the right of an adult citizen — woman citizen, I should clarify — to marry.

Social media was split into two camps: Those still convinced that the 24-year-old Hadiya was a victim of brainwashing and, thus, incapable of making rational choices, and those celebrating the court-ordered granting of her ‘freedom’. END_OF_DOCUMENT_TOKEN_TO_BE_REPLACED 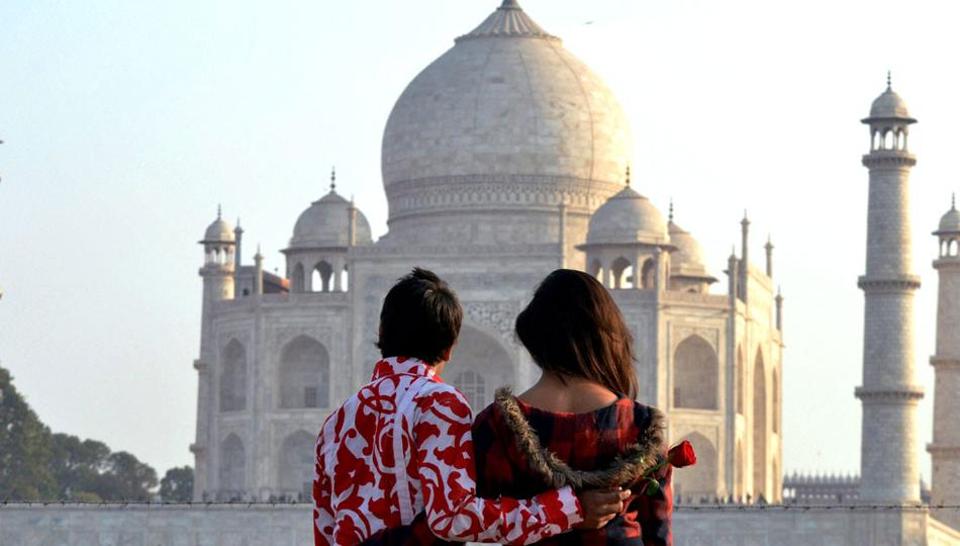 We are simply not prepared to grant daughters the right to choose their spouses, particularly in inter-faith marriages.

In New Delhi, Ankit Saxena made the fatal error of falling in love with a 20-year-old Muslim woman.

In Kerala, Akhila Ashokan converted to Islam and, as Hadiya, married a man in accordance with her new faith. Convinced she had been brainwashed, her father got the Kerala High Court to annul the marriage. Hadiya has, since, told the Supreme Court that she wishes to continue with her studies and live with her husband. The court has granted part one of her wish.

Nobody has the right to interfere in a marriage between two consenting adults, the Supreme Court declared this past week. The court’s ire was directed at khap panchayats. Left unsaid is what it makes of the Kerala High Court’s observation that, as per Indian tradition, “The custody of an unmarried daughter is with her parents, until she is properly married off.” END_OF_DOCUMENT_TOKEN_TO_BE_REPLACED 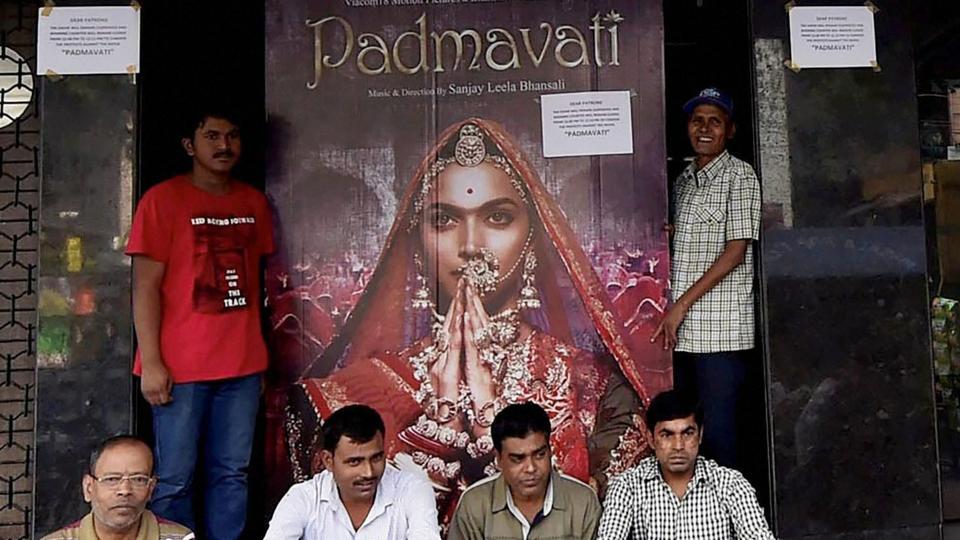 Padmavat has been cleared for release; its attempted censorship and ban comes from non-state actors and Vasundhara Raje’s decision to block its release in Rajasthan out of respect to the ‘sentiments of the people’ is meek acquiescence to these non-state actors

I’m not a fan of advocating mass suicide by women as a method of safeguarding some male notion of honour, but I am going to watch Padmavat.

I am not a fan of Sanjay Leela Bhansali either, and yet, watching his latest movie is the only way I can think of that I as an individual citizen can mark both my protest and my support: Support for the right to make films, write books and voice opinions without being brow-beaten into submission and protest against the craven abdication of state to such bullying.

Even by the standards of our perennially outraged nation, the sustained protest over imagined offences in a film as yet unseen about a character whose historical authenticity is not established is unprecedented. END_OF_DOCUMENT_TOKEN_TO_BE_REPLACED